SLOW BROADBAND COULD KNOCK UP TO 25% OFF THE VALUE OF YOUR HOME, NEW RESEARCH REVEALS

London, 21st May 2019 -- Ultra slow broadband speeds could knock a quarter off the value of a property, such is our reliance on having a fast internet connection at home, according to research by online estate agents Housesimple.

Housesimple looked at average house prices on streets with some of the slowest broadband speeds in Britain - less than 1Mbps vs. UK average of 46.2Mbps* - and compared house prices on those streets with neighbouring streets in the local area, by looking at the postcode district average.

The research revealed that houses prices were on average 24% lower on the streets with the slowest broadband speeds - £182,983 compared to £240,031 for the postcode district.

The following table shows how average house prices on the UK’s 20 slowest broadband streets compare with average prices for the respective postcode districts: 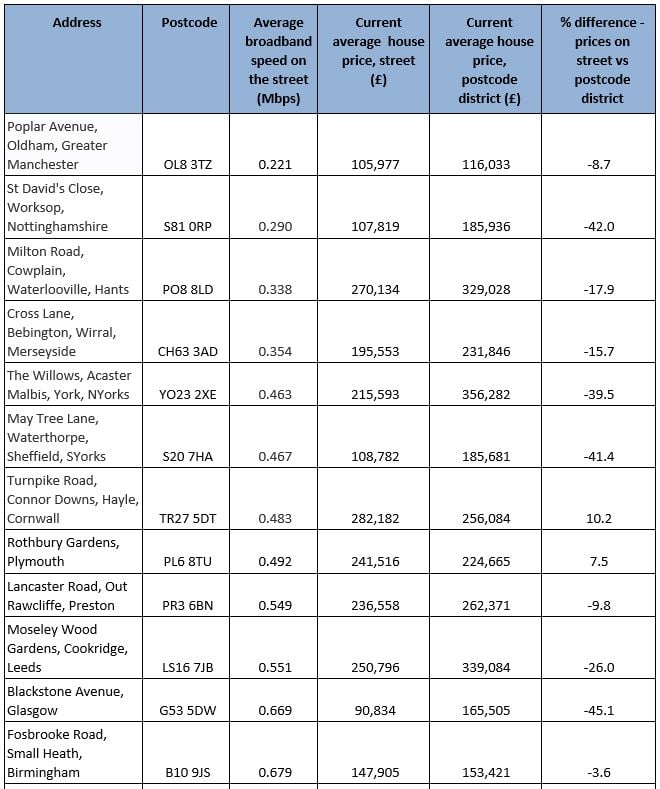 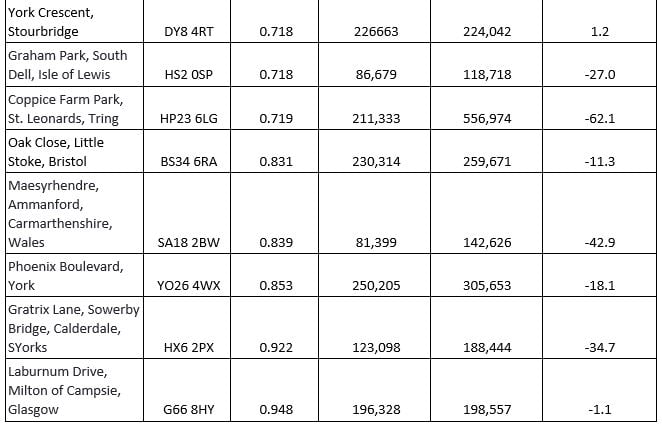 Taking the 20 slowest broadband streets in the UK**, Housesimple found that average house prices were lower, and in many instances significantly lower, on 17 of those streets when compared to the postcode district average.

Broadband speeds in Blackstone Avenue, Glasgow, are positively snail pace at 0.669 Mbps. Average house prices on Blackstone Avenue are £90,834, that’s 45% below the average for that postcode district (£165,505).

Pedestrian broadband speeds may have also contributed to the lack of house sales on these streets. Housesimple research found just 27 properties were sold in the past 12 months across all 20 streets.

“Buyers may be reluctant to purchase on a street where broadband speeds are so slow that they can’t do simple tasks such as open multiple web pages concurrently, speak to friends on social media channels and download movies, let alone work from home.

“It is often one of the first questions asked by buyers when viewing - how fast is the broadband connection? - along with the quality of the local schools and reliability of the transport links. As with any purchase, buyers need to do their due diligence. It is worth asking if the internet is slow for any reason, most sellers will be happy to explain why that is, and be able to provide the best advice on your broadband options, to ensure the best connection possible.”