The importance of Heathrow airport to the local and national economy should not be underestimated says community campaign, Back Heathrow.

Last year the airport was comfortably Britain’s biggest payer of business rates, according to the Altus Group - paying a bill of £118m, which goes to local councils and central government, and ultimately funds public services.

Heathrow’s contribution to the public purse dwarfs the others in the top ten business rate-payer list, with Gatwick airport the second highest payer on £30.4m and Sellafield nuclear power station contributing £24m.

Other sites that depend on Heathrow’s existence also made the top 50. British Airways’ Terminal 5 building; BA’s world cargo terminal and the airline’s engineering base paid business rates of £13.8 million, £22.4 million and £13.1 million respectively. 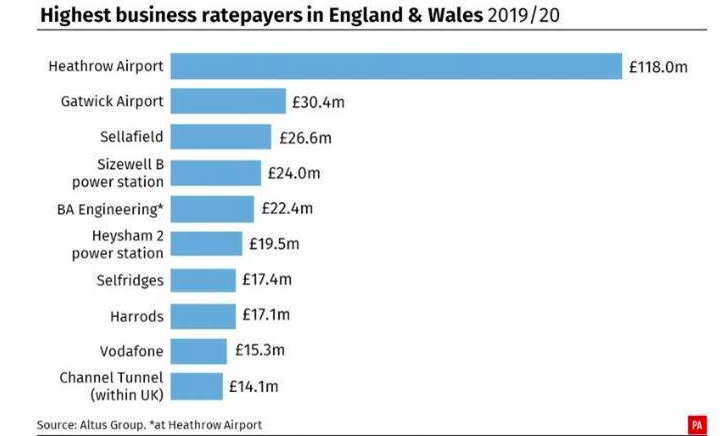