European stock markets missing out on 17,000 large businesses that are choosing to stay private

There are 17,000 large businesses in Europe, that could be listed* on a stock market, that are choosing to stay private and contributing to the European ‘listings gap’, shows a major new report for the European Commission by economics consultancy Oxera, launched on 16 November (see attached).

Oxera says European equity markets have lost a net total of 854 companies, or 12% of all listed companies across Europe, between 2010-18. Missing out on those potential listings is significantly impacting the size of European markets.

‘A major listings gap has emerged in Europe and it’s growing bigger. The publicly-listed corporation is in significant decline across the continent.’

‘With private equity funds seeking to deploy vast amounts of capital, public markets are facing intense competition from private markets to supply capital to businesses. As a result stock markets are shrinking.’

‘There are steps the European Commission and individual listings authorities across Europe could take to make their markets more attractive to large private businesses. Allowing family owners to retain more control by reducing free float requirements may be one way to encourage listings of some very large businesses in the UK, Germany and Italy, for example.’

The firm explains that the key driver of businesses choosing to stay private is the increased ease of access to private equity financing in recent years. 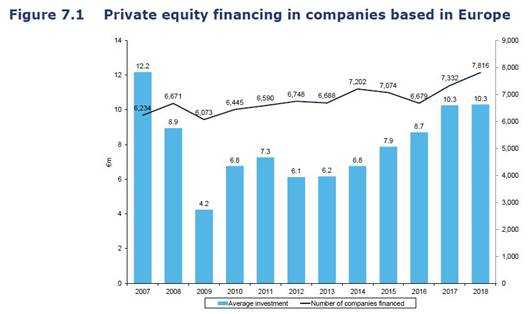 Oxera adds that family-owned businesses make up 26% of all the large unlisted businesses in Europe (see graph below). Owners of these businesses are often the most concerned about losing control of their companies through floating them on public markets, another major driver of large companies choosing to stay private. Oxera says that the European Commission could look to relax free float requirements to encourage more of these businesses to list.

Free float rules vary across Europe, but many markets require that 25% of a company’s equity be held by public investors. Reducing this – perhaps by cutting the percentage required for larger issue sizes – could induce more large family-owned business shareholders to list publicly.

Another factor discouraging large businesses from listing in Europe is national regulations preventing the use of dual-class shares. More venues allowing dual-class shares – perhaps with a time limit – would allow entrepreneurs to retain a higher level of control of their businesses after listing.

Markets in Sweden, which has a much more flexible regime towards use of dual-class shares, now have the highest market capitalisation to GDP ratio in Europe and saw the biggest net rise in new listings from 2010 to 2018. Swedish markets grew by a net total of 374 companies over the period, compared to a total net loss of 715 companies across Europe.

Oxera’s research shows that the UK has Europe’s biggest ‘listings gap’, with more than 3,500 large unlisted businesses, followed by Italy (2,911) and Germany (2,833). High levels of private equity ownership in these three major economies acts a major driver of companies staying private for longer.

The firm adds that on average, large unlisted businesses in major economies like the UK, Germany and Italy are smaller than their publicly-listed equivalents. However, in smaller Eastern European economies, this is reversed, with large unlisted businesses being bigger on average than their listed counterparts. The firm says that encouraging these businesses to list on their home exchanges could result in them acting as ‘anchors’ for those markets and encourage their growth in the long term. The listings of Telia in Sweden and The Port of Tallinn in Estonia have done this successfully. 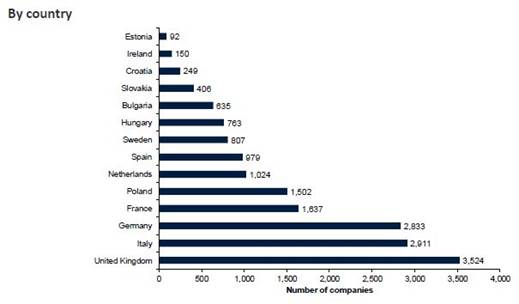 Manufacturing and retail have biggest population of major unlisted businesses

Oxera’s research also shows that the industries with the highest number of large unlisted businesses in Europe are manufacturing (5,724 businesses, 33% of the total number) and retail (3,648 businesses, 21% of the total) – see graph below.

Oxera says that the manufacturing sector is home to many large and well-established family-owned businesses, particularly in Italy and Germany. Their owners often choose not to seek a public listing in order to retain control of their businesses. 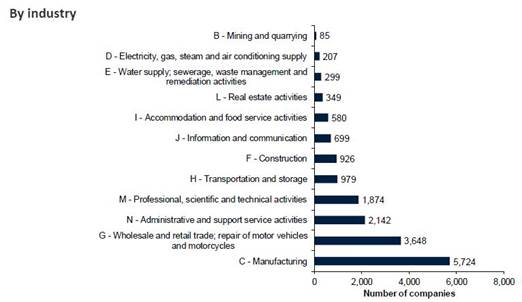