Commuters can save up to £2,493 by moving location whilst also improving broadband speeds 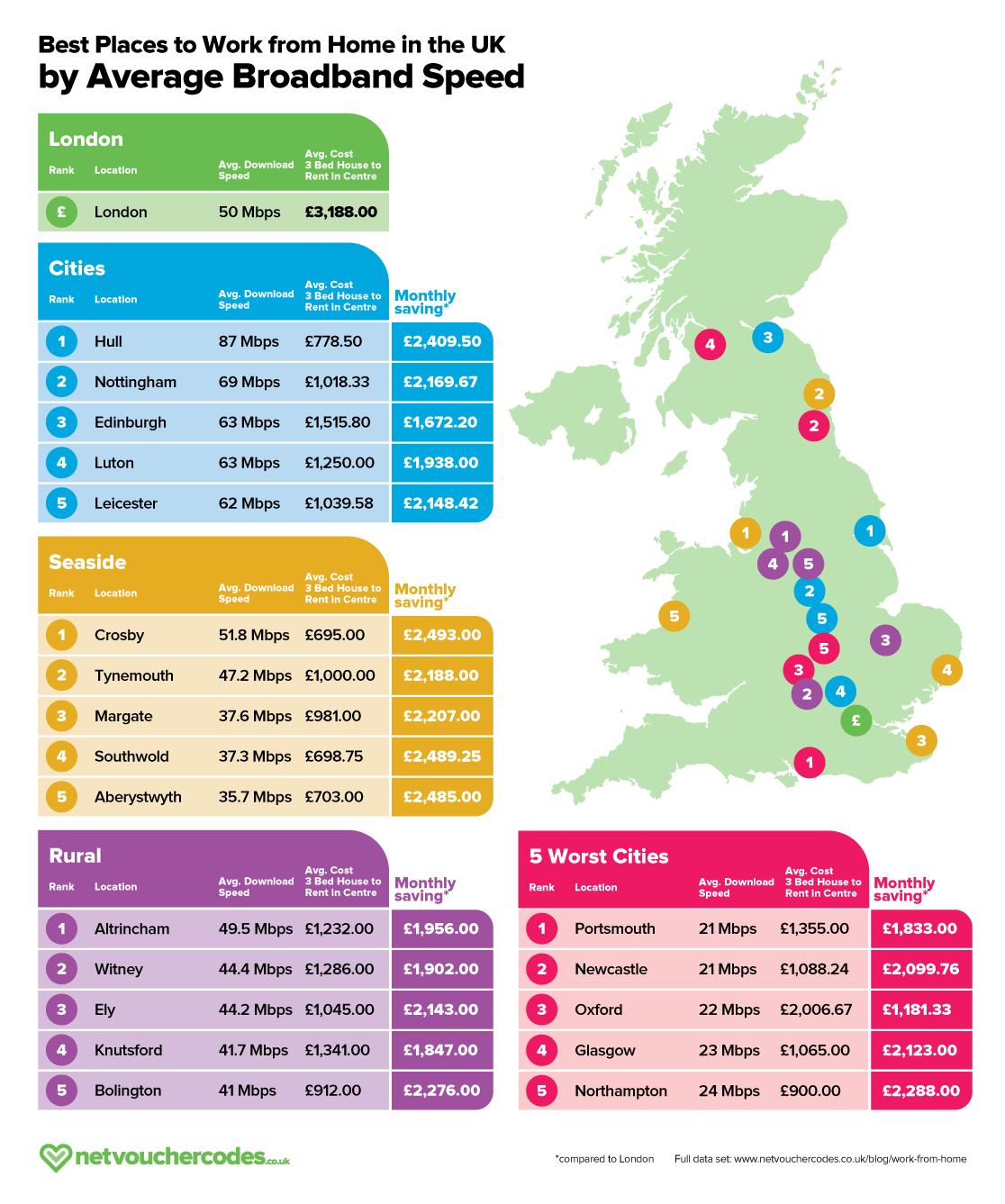