HOW TRUSTWORTHY ARE AD EXECS?

The first survey was from Ipsos. They did a poll of about 20,000 people in 22 countries. The results are awful. 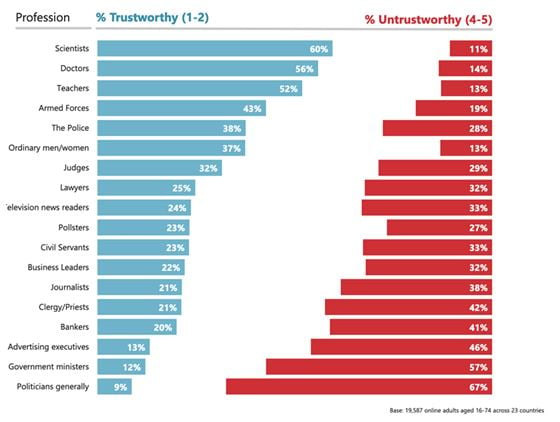 In some countries we were rated stone cold last, below the politicians. These included Great Britain, Canada, Germany, Russia, Sweden, Hungary, Belgium, and Austria. Here are the results from Great Britain. 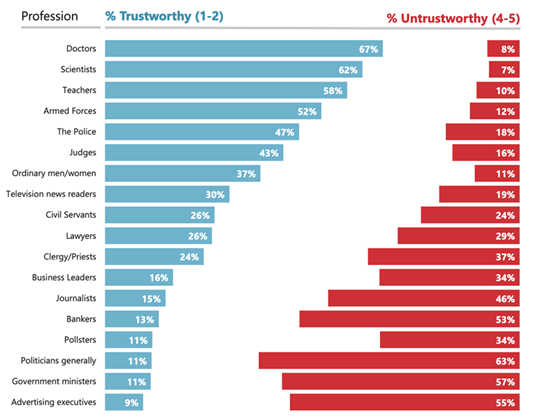 In other disheartening news, a report from the ANA this week stated that sleazy  rebate practices among agencies are still a top concern of marketers. Three years ago the ANA said agency rebate hanky-panky was "pervasive." Since then, the industry has gone on a "transparency" binge. But it ain't selling.

According to MediaPost, the report indicates that "...the ANA has found the practice is still a major concern -- the top concern, in fact -- among advertisers...32% of the 188 respondents cited media rebates as 'a big problem.'"

MediaPost goes on to report that the chief trust issues of concern to respondents were:

You don't have to be Sherlock Holmes to observe that every one of these trust concerns is related to online advertising. It's a sleaze machine, people.