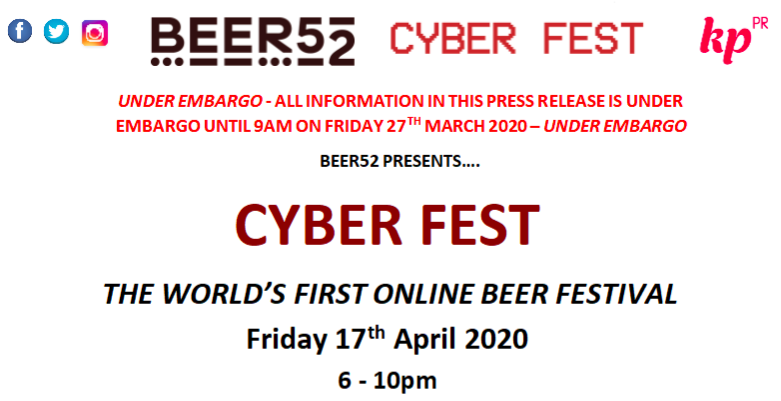 Beer52, the UK’s no.1 craft beer discovery club has today announced CYBER FEST, the world’s first online beer festival - an event to be enjoyed from the comfort of your home in these unprecedented times.

Taking place on Friday 17th April 2020, between 6-10pm, ticket holders will receive a case of 12 delicious craft beers in advance. These can then be sampled alongside the live-streamed beer festival, in which editor of Beer52’s in-house magazine Ferment, Richard Croasdale, will conduct virtual, back-to-back tastings and Q&A sessions with the brewers behind each beer in the box.

The project is a chance to support these breweries at a challenging time with all physical beer festivals cancelled. Independent brewers are also facing a huge decline in orders due to pubs being closed. Beer52 will be paying each of the breweries upfront to help their cash flow.

Founder of Beer52, James Brown, said of the festival: “I’m really excited to be putting on the world’s first online beer festival. Whilst people are staying home, there is a great need right now for them to come together virtually & we want to help make that happen – over a lovely beer from some of the best breweries on the planet. In addition, I’m delighted that by launching Cyber Fest, Beer52 is able to help support these incredible independent breweries at such a challenging time.” 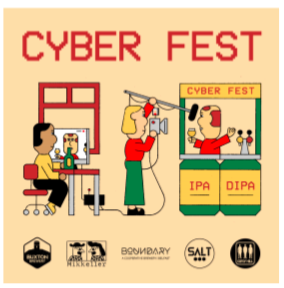