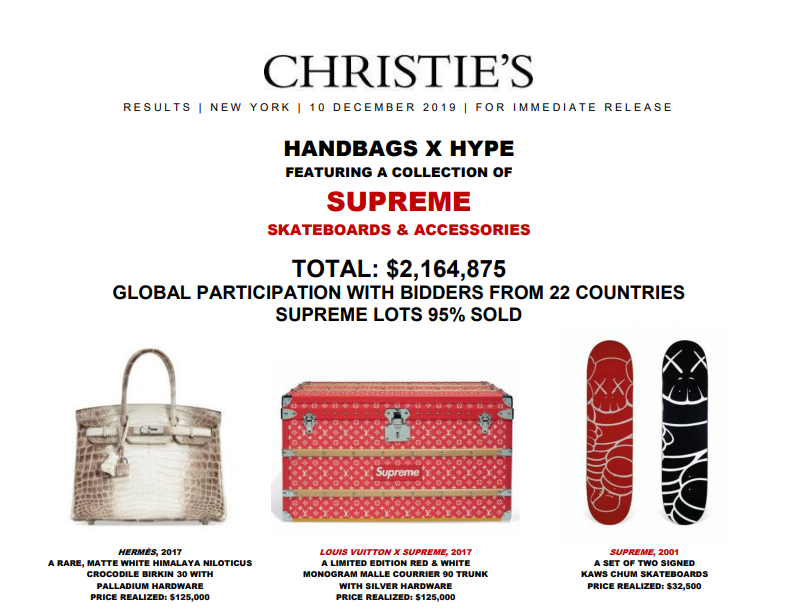 New York – Christie’s online sale of Handbags X HYPE, featuring a Collection of SUPREME Skateboards & Accessories, totaled
$2,164,875 with 89% sold by lot. There was global participation represented with bidders across 22 countries. The top two lots of
the sale were a Hermès matte white Himalaya Niloticus Crocodile Birkin 30 with palladium hardware, which sold for more than
double its low estimate realizing $125,000; and the Supreme x Louis Vuitton Monogram Malle Courrier 90 Trunk, which also
doubled its low estimate selling for $125,000.

The selection of Supreme was 95% sold and greatly exceeded initial estimates with impressive prices realized for artistcollaboration skateboards and limited edition objects by the brand. Top lots for Supreme included a Set of Two Signed Kaws
Chum Skateboards, that sold for more than four times its low estimate realizing $32,500; a Stern Pinball Machine, which realized
$32,500; and an Everlast Boxing Group, that sold for $17,500.

Caitlin Donovan, Head of Sale for Handbags & Accessories, remarks, “The energy and enthusiasm for the sale was seen from
the first announcement to the global tour of highlights culminating with the highly-attended exhibition and events here in New York.
The strong sale results demonstrate Christie’s ability to meet our clients’ ever-changing needs and rise to new market demands.
This auction successfully captured luxury as it is defined today and we were delighted to see the wide range of global participation
with bidders from the U.S., Asia, Europe, and the Middle East.” 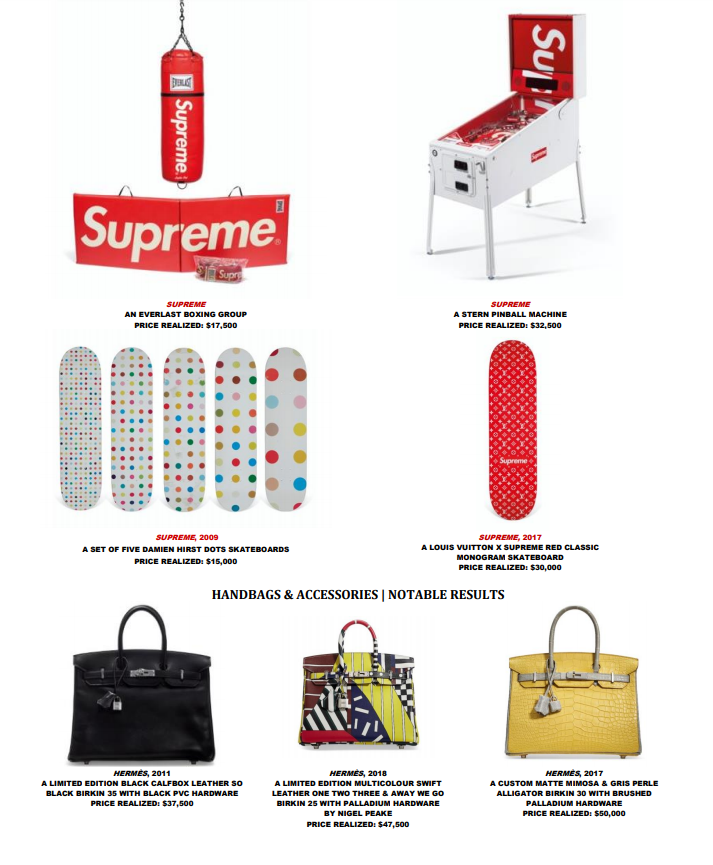