Liquid nose job case study with amazing before and afters

Genetic traits are passed from one generation to another and often result in distinct family attributes. Research in 2017, published in Scientific Reports by Kings College London suggested that the nose in particular is the part of the face most likely to be handed down between generations.

This was something that Zoe Peters, 27, from Wirral can corroborate.

“My dad, my brother and I all have what we joking call the ‘Peters nose’; people have always been able to spot we’re related a mile off.  Over the years I’d come to feel that my nose looked more prominent on my face than my male relatives, and it was something that I was increasingly self -conscious about.  It bothered me, particularly when I was having photographs taken, and I would never pose for a side on picture as I felt it made my nose stand out too much.”

“Zoe was self-conscious about the size of her nose, and approached me to find out if I could correct her appearance non surgically. Whilst using an HA filler treatment can’t make a larger nose smaller in size, straightening it makes it appear smaller as it blends better with the rest of the face. In the hands of a trained clinician this non-surgical option can also be used to upturn a hooked nose, smooth out nasal deformities and correct asymmetries, depressions and contour irregularities – whether these are as a result of genetics or injury. Perfectha was my filler of choice due to the predictable nature of the product. Zoe’s treatment took around 15 minutes, and the results were instant.”

Dr Rowland-Warmann used Perfectha which is a next generation of advanced hyaluronic acid dermal fillers which is being successfully used to perform non-surgical rhinoplasties (nose corrections), and provides a number of benefits which has brought about a rise in requests for the procedure.  Firstly, an operation with a general anaesthetic is not required and the procedure can be carried out in less than half an hour with minimal disruption to a person’s daily schedule. Bruising is minimal and temporary redness and tenderness are the only downsides of the procedure. Results using Perfectha typically last up to eighteen months, depending on the product from the range which is selected by the doctor carrying out the non-surgical rhinoplasty. This is because hyaluronic acid filler is safely absorbed by the body over time. It also allows the doctor to fine tune the results (or even reverse them if the patient is not happy with the initial result).

Zoe explained: “My main concern was the apparent size of my nose and I couldn’t quite believe that adding filler could make it look smaller. I had a big holiday planned with my boyfriend and friends, and was keen to relax and enjoy myself. I didn’t want to worry about posing at the right angle for pictures. This was the catalyst that made me decide to have treatment.”

The results surprised Zoe’s loved ones as much as her: “When my boyfriend, family and friends saw me after my non-surgical rhinoplasty they were all taken aback by the difference it made. I still looked like me; the result was natural looking, but my nose had subtly changed my face and enhanced my appearance. No one could quite put their finger on what I’d had done and they were really shocked that a non-surgical treatment with a filler could achieve such a transformation.”

“I used to feel like my nose was my most prominent feature but I definitely don’t feel like that now. I still can’t quite get my head around how using filler has made my large nose look smaller.”

“My holiday was amazing, and I was able to completely relax and not feel anxious about having my photograph taken for the first time.”

The average non-surgical rhinoplasty costs £575. To find out more about Perfectha visit www.perfectha.com 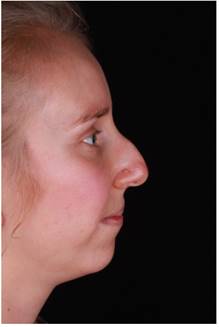 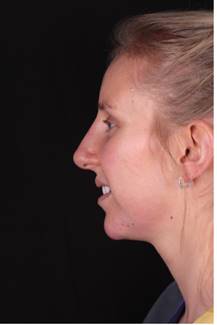